Quick licks: April 1 through the years

We like to have a good time around the Soundslice water cooler. Here’s our collection of April Fool’s Day slices throughout the years.

Be sure to toggle through the different interpretations of this piece by clicking on the “Recordings” menu. There is much to study.

We didn’t have one this year. :( It was the weekend.

2016 was a strong year for woodwinds. Yes, that’s actually Sarah Palin. For continued entertainment, why not watch the rest of that Men at Work music video? It’s as wild as the song is good. 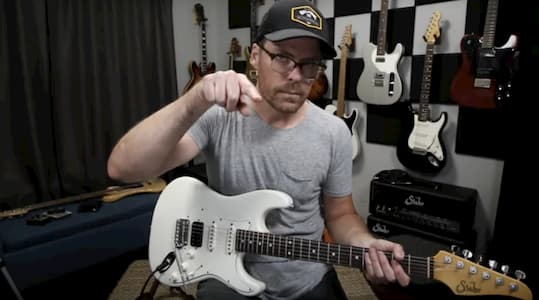 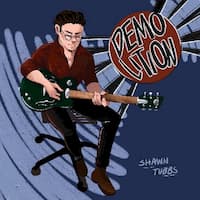 Posted by Corey Richardson on February 25, 2020 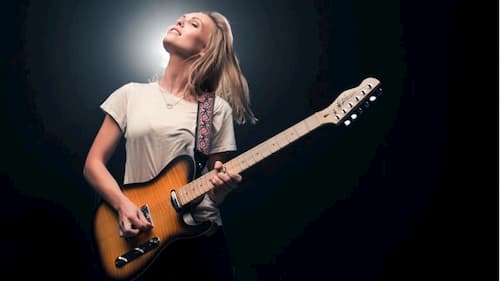 Today’s “Quick licks” features the Norwegian blues phenom Tora Dahle Aagård. If you browse social media for musicians to be inspired by (and we do), then you’ve likely come across Tora. Her popular Instagram account shows off her fantastic chops, her ability to sing through the guitar, and her knack as an entertainer.

From time to time, Tora shares extremely cool blues licks with her fans. She makes the lines digestable by playing them very, very slowly. Today we’ll make things even easier by giving two of her recent licks the full Soundslice treatment. (Fast and slow separately.)

This first idea brings together three full-step bends that walk their way up to the fifth of the key. The rhythm is tricky and catchy — it begins mid triplet and ultimately sets down hard on beat three. Take a look at the next snippet of the lick played slowly before jumping into the rhythm.

Stripping out the rhythmic elements, Tora makes the technique clear: All the magic is in the left hand. Get this down first before adding rhythm.

Lick two has some more great rhythm, plus the added fun of mixing bends and slides together. Technically 🤓, there’s a suspension going from scale degree four to scale degree three. The suspension is quickly repeated, the first time using a bend, the second time a slide. How slick is this?

In this isolated snippet, you can practice mixing the bend and the slide slowly. 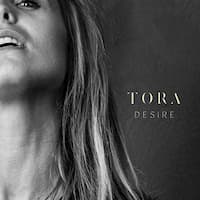 A big thank you to Tora for sharing these ideas and letting us add our nerdy notation. We hope it helps you get these great licks under your fingers. If you want more Tora, good news! Her latest full-band record comes out on March 27. You can listen to the first single, “Desire”, here.

Posted by Corey Richardson on February 12, 2020 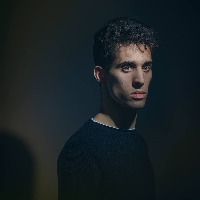 Since the release of Anomalie’s Métropole Part II in October 2018, we’ve frequently gotten the question: “When will the sheet music be available?” Or “Is the sheet music ready yet?”

Wait no more! The full, detailed transcriptions for Métropole Part II are now available on Soundslice. To mark the occasion, we asked Anomalie to give us some liner notes and “Quick licks” from three different parts of the EP. 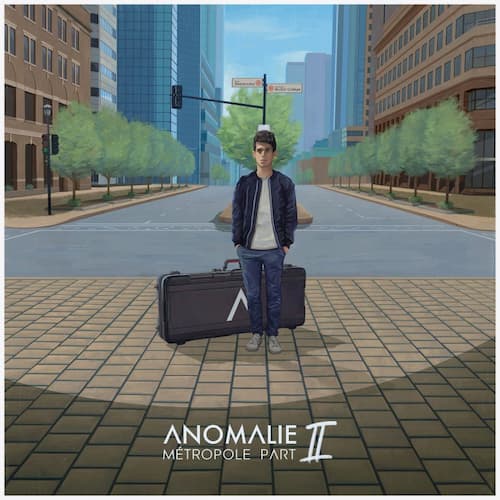 Anomalie: Crescent and Notre-Dame Est are actual streets in the city, whereas canal refers to Canal Lachine, not too far from where I live. I like to go by the canal to walk, run or bike depending on the season. It’s a place that I go to get some work done, whether that’s sampling nearby ambient sounds or listening for things to change in my new arrangements and mixes. It’s one of my favorite places in the city!

Anomalie: Notre-Dame Est (and Ouest for that matter) refer to a street that is split into its western and eastern segments. The western segment is very active with many restaurants, bars and cafes. Those areas, Saint-Henri, Petite Bourgogne and the Old Port (where a lot of tourists usually go), I illustrated with a very happy, funky track.

The eastern segment is calmer — it goes through both residential and industrial areas. It’s absolutely gorgeous near the end, when it gets to the eastern point of the island. I like to experience that change by bike. It’s what inspired the slow tempo, repeated pattern and nostalgic nature of the track.

Anomalie: Crescent is known by many as a place to go to experience the Montreal nightlife. It’s quite popular with tourists. Since it’s known for its nightclubs and the people that frequent them, Crescent is also sometimes (depending on the person) mocked. I made it as groovy and funky as I could. The track’s been referenced by local press as both a homage to the nightlife there, and a joke about it. I won’t confirm one or the other, preferring to leave that choice to the listener. :)

Anomalie: Anyways, as the tracks are instrumental, I’m always sharing, first and foremost, a mood and a setting that could mean or represent something different for each person!

You can get the newly available transcriptions and support Anomalie here.

Posted by Corey Richardson on February 4, 2020

In December, the Herbie Hancock Institute of Jazz named the winners of its International Guitar Competition. From the 12 semifinalists, the three finalists were Evgeny Pobozhiy of Russia (first prize), Max Light of Maryland (second prize) and Cecil Alexander of Michigan (third prize.) 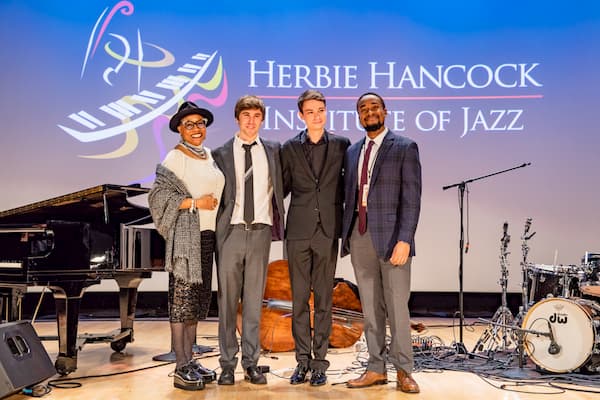 We thought these winners would make nice subjects for our “Quick licks” transcription series. In addition to transcribing some of their playing, we followed up with them to find out what’s on the horizon for their individual careers.

This snippet comes from the beginning of Evgeny’s solo on his original tune “Calumet.” He’s currently in writing mode for an upcoming album to be released with Concord Records.

This recording of Max is from his entry in the semifinals. We love the playful half-step intervals that ring into each other — it makes you think of Monk. Max is releasing a self-titled trio album on February 14 through Red Piano Records. And if you’re in NYC, you can see him play on February 14 and 15 at the Jazz Gallery with John Ellis and Gretchen Parlato.

Here’s bop master Cecil Alexander working on some unaccompanied lines over “My Shining Hour.” Since the competition, Cecil’s been recording his debut album to be released this fall, as well as a record with a band led by him and his wife, Visen. This summer, Cecil is launching his own guitar academy through his website.

Congratulations to the winners! 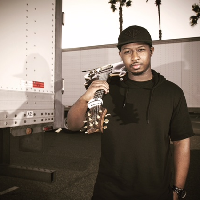 We caught up with Chris Payton in Chicago while he was on tour with Robin Thicke this winter. He was kind enough to give us three quick licks in the dressing room before showtime. 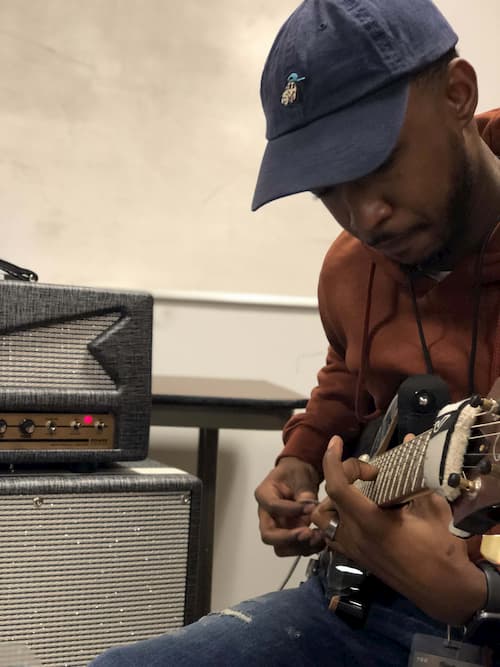 This is what the theoretical folks would call a plagal cadence — or, sometimes, the “amen cadence.” The progression jumps back and forth from the I chord to the IV chord and is at the heart of Western church music.

The way Chris plays this is just awesome. The voice leading and slides connect each chord in a way that almost doesn’t sound like a guitar.

This groove is just fun. Pay attention to the right-hand strum pattern, especially on the dead notes. That rhythm propels the whole thing. This reminds us slightly of a groove from an original tune by the great Jubu Smith.

Check this out: The chords in this cadence do not have the root note in the bass. If you follow the bass notes, do you see a pattern?

The bass line descends in whole steps: A-G-F-Eb. While that’s happening, the triads ascend in pairs of whole steps: C-D, Eb-F. It’s a bit of “pat your head and rub your tummy at the same time.” 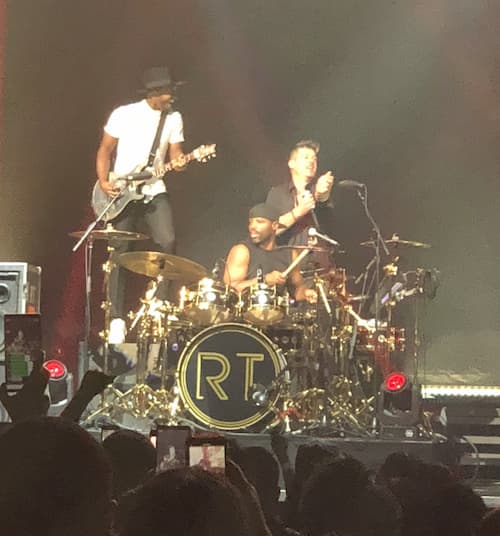 Thanks to Chris for having us at the show! Be on the lookout for a new Soundslice course from him.