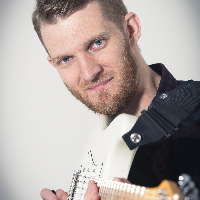 Since Soundslice Channels launched nearly two years ago, people have posted thousands of slices. Everything from bite-sized ii-V-I licks to full-blown workshops and masterclasses. As a team, we’ve been wowed by this activity and community. There are almost too many good transcriptions to appreciate!

With that in mind, we’re very excited to do something new today on the Soundslice Blog. We’re starting a new interview series, where we talk with Soundslice users about transcribing, learning, practicing, performing and music in general.

First up is Matt Sears. Matt’s a professional guitarist from the UK who’s currently living and working in China. He’s a monster transcriber. We’ll do a deep-dive into some of his slices, analyze a few musical snippets and learn more about him as an artist.

Soundslice: Matt, thanks for being the first transcriber to be profiled on our blog. We’ve been following your channel since you started and are big fans.

MS: It’s my pleasure, I’m honored that you asked me. I’ve been following you guys for a long time, and I love everything you guys do.

Soundslice: Your profile mentions that you’re from the UK but you live in China. What brought you there, and how long has it been?

MS: Yes, I originally came to China with a band in 2016 just for six months and wanted the opportunity to come back. I did that in January 2018, and I’ve since completely relocated here. Early next year I will be opening a music school here, which I’m really looking forward to.

Soundslice: Wow — that’s a massive life change! What kind of music are you teaching students there? Anything similar to what you transcribe on your channel?

MS: Yes, it’s very different from the London scene but I’m enjoying it. Most of my students are rock-based, and some have an interest in transitioning to jazz. Many of them are into guys like Greg Howe and Guthrie Govan. 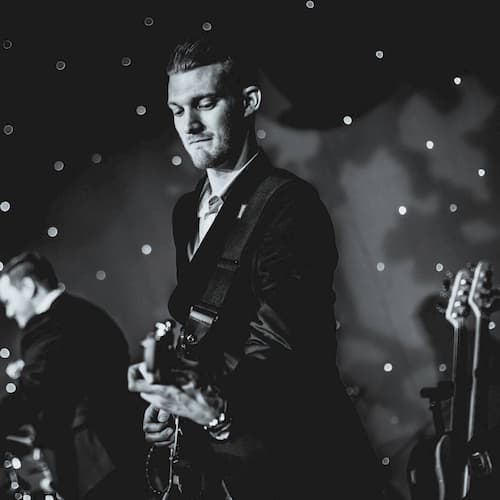 Soundslice: Players we’ve seen a good amount of on your channel. :) What’s the language barrier like when discussing music? (Assuming that there is one.)

MS: My teaching is more based around preparing the students for studying abroad, so they would already be able to speak English. Some of the terms that would be used in American or English music schools may be different, so they’ll get that from me also.

Soundslice: Got it — so the language chops are already there. Have you been turned on to any Chinese music since being there?

Going through the slices on your channel, there seems to be a trend: serious bop and serious shred. Is that a fair assessment? :)

MS: Haha yes, I would say that’s pretty accurate. I’ve always loved the harmony used in jazz, and the groove and fire from the more shred styles.

Soundslice: How do these styles overlap in your mind? Are you able to pull from them in a meaningful way in your own playing?

MS: I’ve always tried to draw from both rock and jazz in my playing. In a rock setting, I’ve always used the jazz knowledge to play the changes and target different notes than a typical rock solo. Then in a jazz setting, I listen to guys like Michael Brecker and John Coltrane — you can hear them in full bop (shred) mode. A flurry of notes that really turns your head. That’s always been a goal of mine that I’m always working toward.

The rock players I’m influenced by do this overlap in spades — one of the big ones for me is Steve Lukather. He would talk about being influenced by jazz and the guitarist Larry Carlton. From Larry I heard about Joe Pass, and from there the ball kept rolling.

Players like Steve Lukather and Larry Carlton really show how you can mix both styles. Check out the solo on Toto’s Animal to hear some shred and aggression followed by a really nice bop-style phrase. (That’s Steve.)

Soundslice: Right on. We did a quick search for Larry Carlton transcriptions already on Soundslice and put together a playlist. (Check it out.) Unfortunately there aren’t any Lukather transcriptions yet — though there are a couple noble covers of his Rosanna solo.

Soundslice: Larry and Steve are living legends from the US. What about any influences of yours from the UK?

MS: Yes! One UK guy I have to mention when talking about mixing these two styles is Shaun Baxter. He has a great album called Jazz Metal that really influenced me. It’s the perfect example of mixing bebop and shred technique. I also have to mention Jake Willson, Jack Gardiner and John Wheatcroft. They’ve all been very influential to me as a musician.

Soundslice: Since we’re on the topic of this bebop/shred alchemy, is there a super-small example of a bop phrase that you’ve transcribed that you might try using in a non-bop context?

MS: Sure — I think a good first step to incorporate jazz lines in your rock playing is to practice playing chromatic enclosures on target chord tones. It’s a nice way to spice up solos when the chords are static. It’s also a nice way to get comfortable with chromatic tones in general. Don’t do it too much though. You may get fired. :)

Here’s just such an enclosure from my transcription of Brian Sheu’s “Isn’t She Lovely” improv. This would be starting at bar 5 (the first 8 notes).

So to isolate the line, the first 4 notes are an enclosure that targets the Ab on beat 2. (The 3rd of an Fm7 chord.)

Soundslice: Would you use it in a sentence? :)

MS: Sure, here’s an improv take with the example peppered in. The backing track is from Jam Track Central.

Soundslice: That was awesome. Killer closing riff at the end.

Soundslice: What’s your approach to transcribing in general? Do you prefer to figure out how to play it and then notate it, vice versa, or does it change?

MS: I listen to a lot of music, and I have a notepad on my phone where I’ll jot down timestamps of particular licks I’d like to learn. I also follow so many great players on Instagram — so I find a lot of inspiration there.

Usually I’ll write out the transcription first, then I’ll analyze it and take my favorite lines from it. Occasionally I will learn a solo just on guitar and not write it out, but it’s not very often. It’s nice to have it written out and maybe a year down the line you hear that solo again and you can dig through your transcriptions and re-learn it. 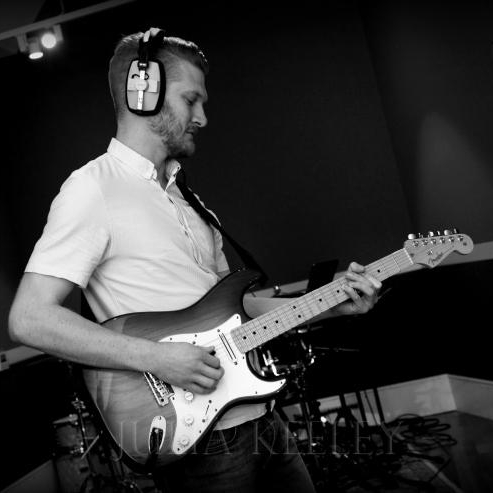 Soundslice: Do you learn to play everything you notate, or is some of it just for fun?

MS: When I first started transcribing I would learn the full solo — it was important for me to see how someone like George Benson will build the arc of an entire improvisation. I wanted to see how he’d get in and out of the lines that really interested me.

Now I just take the parts that resonate with me and apply those. I think it’s important to learn the concepts from a transcription — not just the notes, but why they’re being played. Once you know why the notes work, you can write your own lines.

There’s also something very satisfying about transcribing. It’s always nice to see your work after you’ve finished...especially now with Soundslice where you can sync everything up and follow along. It really inspired me to transcribe more.

Soundslice: Can we put that on a billboard? :)

Soundslice: Do you have any advice for guitarists who are interested in getting better at transcribing but have never really done it?

MS: I would start with something fairly easy. Don’t get discouraged. On the first day maybe you only get two or three notes of a lick down. The next day you’ll get five, and so on. It does get easier the more you practice it, and for my mind, it is the best thing you can do for your playing.

There are some guitar-specific things you can try that will help when notating rhythms. If the line uses 8th notes, you can strum along, down up down up, along with each eighth note in the line. If the note you’re looking for lands on a downstroke, it’s on the beat. (1, 2, 3 or 4.) If the note you’re looking for is an upstroke, it’s either the “and” of 1, the “and” of 2, and so on.

Another thing on the rhythm side is to check out Konnakkol, which is a South Indian music system for vocalizing rhythms. Which brings me onto another point: Practicing reading rhythms and notating just the rhythms without worrying about the notes can be helpful.

Soundslice: Very cool. As it happens, there are some fantastic Konnakkol transcriptions already on Soundslice. Our friends at percuss.io regularly transcribe this style of music.

Soundslice: Last question. Are there any other Soundslice channels you’ve checked out that you’d like to give a shoutout to?

MS: There are so many great ones but, a few of personal favorites are:

Soundslice: All favorites of ours as well! One more “last question.” :) What’s your dream Soundslice feature? It could be something big or small.

MS: It would be cool to have a desktop version of Soundslice so I could transcribe offline. Also, while I’ve got you, if there is a way for me to be able to program it so after (x) amount of bars transcribed it poured me a coffee that would be great. :)

Soundslice: The offline mode might take us a while. But auto-pouring coffee, no problem! :)

Soundslice: Matt, thank you again. We appreciate you taking the time and look forward to more transcriptions of yours in the future! The website’s a better place with you on it.

MS: It really has been my pleasure. Thank you for everything you guys do and the great platform you have created.

Dear reader, we hope you enjoyed our first featured transcriber post! We highly recommend that you follow Matt’s Soundslice channel to get updates of his latest transcriptions. Oh, and if you’re interested in being a future featured transcriber, get in touch with me.