Posted by Adrian Holovaty on November 9, 2015

Lots of improvements to Soundslice lately.

Since launching stemmed tablature a week ago, we’ve improved it to work nicely in case of multiple voices. With multiple voices, we put the top voice’s stem above the tab. Here’s some dummy notation to demonstrate:

This view is particularly nice for multi-voice fingerstyle guitar music.

Another big improvement: we changed the video-resizing UI to use a solid vertical gray bar instead of three dots. This should be more obvious and easier to click/tap on. 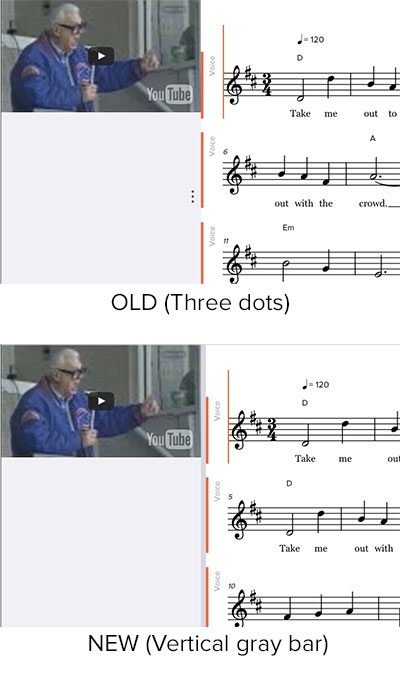 Also new in our player:

New in the score manager:

New in our MusicXML importer: